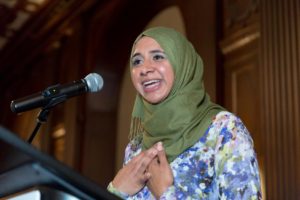 SALT holds an annual awards event to celebrate the SALT’s community, values, and honorees to coincide with the January AALS meeting. Mark your calendars: This year’s SALT awards celebration will be on Friday, January 5, 2018, at a location TBA in San Diego.  A highlight of this celebration is the presentation of SALTʹs M. Shanara Gilbert Human Rights Award. SALT invites you to submit a nomination for this award. Award criteria and past awardees are set out below.  Current members of the SALT Board of Governors are not eligible for nomination.

You must be a current member of SALT to make a nomination. You can click here to join or renew.  To check the status of your membership, email info@saltlaw.org.

To nominate, please submit the following to info@saltlaw.org by Friday, September 1, 2017:

We encourage you to re-nominate candidates who have been nominated in past years, as we always have many more worthy nominees than we can honor each year.

M. Shanara Gilbert Award Criteria: SALT recognizes the contributions of activists whose passion for social justice has driven their lives. The M. Shanara Gilbert Human Rights Award is named after a CUNY Law School professor who dedicated her life to equality, equity, and justice. She was killed at the age of 45, along with Haywood Burns, in a car accident while visiting South Africa. In her memory, SALT honors those who believe in fighting for a better world. The Award is not bestowed annually, but when there is an exceptional person or institution whose struggle for human rights requires recognition from our community.  The successful nominee must also be available to receive the award in person at SALT’s celebration.