Join us for the SALT Annual Awards Celebration!

Click here for details, including tickets, sponsorships, and journal ads.

At its upcoming Annual Awards Celebration to be held on January 3, 2020, in Washington, D.C., SALT will honor four champions of justice, diversity and teaching excellence.

The 2020 SALT Annual Awards Celebration will feature presentations by the Great Teacher and M. Shanara Gilbert Human Rights awardees along with a gala reception providing an opportunity to interact with awardees, greet long-time and new SALT friends, usher in new Co-Presidents Catherine Grosso of Michigan State Law and Beto Juárez of Denver Law, and, as always, enjoy marvelous food and drink.

While at the University of Iowa, Love and her now-spouse, Prof. Pat Cain, were instrumental in obtaining full parity of insurance coverage for LGBT partners of university employees. Other universities soon followed suit. Prof. Love has lectured widely on bringing gender and sexuality issues into the law-school classroom. She served on the SALT Board of Governors from 1980 to 1982, 1988 to 1990, and from 1991 to 1993); she and Prof. Cain served as co-presidents of SALT from 1993 to 1995.

Prof. Love earned her J.D. from the University of Wisconsin, graduating first in her law school class and earning a certificate in Russian Area Studies. She has served for many years on the Boards of Advisers for the Berkeley Women’s Law Journal and for Law and Sexuality: A Review of Lesbian and Gay Legal Issues. She is a member of the American Law Institute and has consulted on the Restatement (Third) of Torts.

The SALT 2020 Junior Great Teacher Award recognizes Joseph Mead, Assistant Professor at the Cleveland-Marshall College of Law and the Maxine Goodman Levin College of Urban Affairs at Cleveland State University. Prof. Mead’s teaching, scholarship and advocacy embody the principles of SALT. His research, which focuses both on the criminalization of poverty and the law of charitable activity, includes 15 research articles published or accepted for publication, plus a book under contract, and numerous additional book reviews, policy briefs, op-eds, and other essays. He has also used his scholarship to push for social change and has engaged his students in such efforts. 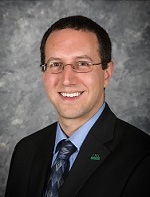 Prof. Mead’s courses include civil procedure, administrative law, and advocacy for policy change. Currently, in his originally designed Domestic Violence Pop-Up Practicum, students work with a range of entities to research and design new laws to protect survivors of domestic and sexual violence. The first policy – safe leave – has already been introduced based on student research. In addition to his work in the classroom, Prof. Mead serves as Associate General Counsel for the ACLU of Ohio representing numerous individuals across a range of civil rights areas.

Prof. Mead earned his J.D. from the University of Michigan. Before entering academia, he served as an attorney in the Department of Justice during President Barack Obama’s administration and clerked for Judge Cornelia Kennedy on the United States Court of Appeals for the Sixth Circuit and Judge David Lawson in the Eastern District of Michigan.

Azadeh N. Shahshahani has done trailblazing work in defense of immigrants and Muslims in the US South for almost 15 years. Born in Iran, Ms. Shahshahani has worked with the National Lawyers Guild, the ACLU of Georgia, the Southern Poverty Law Center and many other advocacy groups challenging unjust immigration policies. She is currently is the Legal and Advocacy Director of Project South, which began in 1986 as the Institute to Eliminate Poverty & Genocide. There, her work focuses on immigrant rights and the protection of Muslim, Middle Eastern, and South Asian communities in the South.

Ms. Shahshahani has performed a variety of human rights work in Turkey, Venezuela, Honduras, Mexico, the Philippines, Brazil, Tunisia, Egypt, and Palestine. She has written significant human rights reports – including a 2017 report, “Imprisoned Justice: Inside Two Georgia Immigrant Detention Centers” – as well as law review articles and pieces in the popular press – including in the Guardian, the Nation, USA Today, Aljazeera, and HuffPost.

Ms. Shahshahani earned her J.D. and her M.A. in Modern Middle Eastern and North African Studies from the University of Michigan.

The Indigenous Law and Policy Center at Michigan State University College of Law has a major impact on Native justice, reaching across spaces and generations in Indian Country. Helmed by Director Matthew L.M. Fletcher and Associate Director Kathryn Fort, the Center provides legal services to tribes, educates students and others in the area of American Indian law, and recruits and supports Native students to the law school. The Center supports the Indian Child Welfare Appellate Project, the only clinic of its kind, affording distinctive experiential opportunities to Native and non-Native students alike. The Center also started TurtleTalk, the leading blog on Indian issues in the country, to provide access to legal and regulatory opinions in tribal cases and tribal matters without fees or other barriers. Meanwhile, the intangible support and community the Center has provided to the students of MSU for years cannot be measured. As a group of current students nominating the Center shared: “The Center makes us feel empowered to achieve any goals we may have.”

Students earn three credits taking the Center’s course, in which they research real-world Indian law issues under the supervision of Center staff. “Center students’ final work product is analyzed and used by tribal attorneys; tribal, federal, and state courts; and legislators. The course also provides a variety of occasions for law students to network with tribal court judges, public and private sector Indian lawyers, and legislative staff at all levels of government—opportunities critical to landing a job in Indian Country.”

We look forward to seeing you at the Celebration!