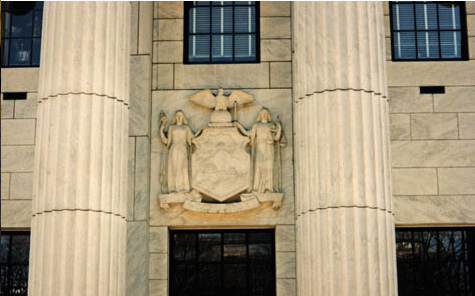 On October 20, 2016, SALT joined the Fred T. Korematsu Center for Law and Equality (Korematsu Center), 18 other bar associations and non-profit organizations, and 32 law school professors in filing an amicus brief with the New York Court of Appeals, urging the Court to recognize that excluding an individual from jury service based on the color of her skin violates the Equal Protection Clause of the United States and New York Constitutions.

The United States Supreme Court held in the seminal case Batson v. Kentucky that a prosecutor who exercises a peremptory strike raising an inference of racial discrimination must provide a neutral explanation for the strike. 476 U.S. 79, 97 (1986). In the case before the New York Court of Appeals, People v. Bridgeforth, the Appellant asserted that the prosecutor improperly used his peremptory strikes to exclude all dark-skinned women from the jury. Despite the prosecutor’s failure to offer an explanation for striking one of the jurors, a dark-skinned Indian-American woman, both the trial court and the intermediate appeals court upheld the strike.  The intermediate appeals court, in particular, held that the Appellant failed to establish that the prosecutor struck this prospective juror because she was a member of a “constitutionally cognizable class” protected by Batson.

Professor Robert S. Chang, executive director of the Korematsu Center, commented, “The broad coalition joining the brief reflects the importance of this issue to these organizations that are committed to ensuring fair treatment in all walks of life.”

Attorneys from Akin Gump Strauss Hauer & Feld LLP served as pro bono counsel on the brief.  “Akin Gump is committed to pro bono and access to justice and is pleased to bring its appellate advocacy expertise to represent this broad coalition to ensure that New York courts eradicate color discrimination from the jury selection process,” said Alice Hsu, a partner in Akin Gump’s New York office representing the amici.

SALT Board-Member-Elect Professor Vinay Harpalani from Savannah Law School, who served as of counsel for amici, further noted that Indian-Americans, like the stricken juror in this case, “have faced a long history of discrimination in the United States, based not only on race and national origin, but also skin color. Even today, we still see cases of dark-skinned Indian-Americans, like Black Americans, being profiled by police.”

“Color discrimination inflicts lasting harms both on individuals and on society as a whole, across racial and ethnic groups,” says Jennifer Weddle, President of the National Native American Bar Association.  “We urge the New York Court of Appeals to preserve the principles of equal protection, which are of fundamental importance to the integrity of the judicial system.”

Oral argument in People v. Bridgeforth will be heard by the New York Court of Appeals on November 17, 2016. Webcasts of arguments are available at https://www.nycourts.gov/ctapps/live.html.

The amicus brief is available here.