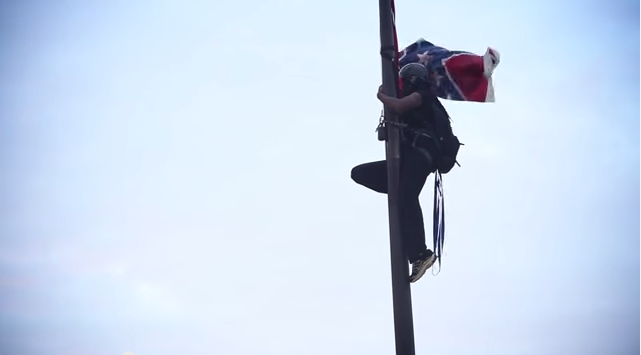 The Society of American Law Teachers (SALT) joins others in condemning the murders of nine African Americans at Emanuel African Methodist Episcopal Church in Charleston, South Carolina, and the series of church burnings in the region. But condemnation is not enough. We must use these tragic incidents to prompt and continue much needed conversations about racial injustice and hate crimes and to support actions to remove state-sponsored symbols, like the Confederate Flag, being used in furtherance of violent, racialized hate crimes that undermine our adherence to rule-of-law principles.

The recent Charleston events and subsequent hate crimes indicate that our country has yet to fully address systematic racial discrimination that currently manifests in ways destructive to the lives of African Americans and contrary to principles of equality. SALT is concerned that continued state and university sponsored displays of the Confederate emblem endorse and glorify our country’s troubled history of slavery, and the Jim Crow era and the accompanying violence against African Americans. The continuation of these patterns threatens principles of equality and undermines the creation of a diverse and inclusive society.

SALT and its members are committed to reflecting on the meaning and implications of the recent Charleston incidents, and to challenging the display of racialized symbols of historical violence against African Americans that are used to glorify heinous acts. As a community of law professors committed to racial justice, we offer the support and expertise of our members to engage in constructive dialogue and action regarding state-sponsored symbols that are used to glorify racialized violence and hate crimes and that by their display erode faith in notions of equality in the United States.

While SALT applauds the removal of the Confederate flag from the South Carolina State Capitol as a first step toward concrete change, that is not enough. The Charleston incidents display a need for education and meaningful action at the local and national level. The fight for equality must be multi-faceted and expansive. In the wake of the events in Charleston, we call for:

(1) universities and colleges to remove the Confederate flag from the premises of campuses;

(2) engaged conversations with our colleagues, staff and students surrounding the history of the flag and its connotation and symbolism;

(3) confronting the country’s discriminatory history and reflecting on how we, as teachers, can impact how this history is taught in our classrooms;

(4) the deliberate and thoughtful pursuit of diversity as a core value in the classroom as a means to promote tolerance for all members of the community; and

(5) law-makers to draft, implement and enforce antidiscrimination legislation to protect all marginalized communities.