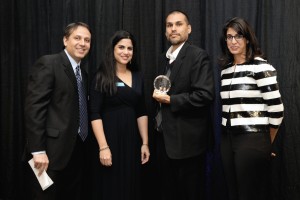 The Institute for Social Policy & Understanding recently recognized SpearIt (second from left) for the 2013 Report referenced by the Islamic Monthly (below).

ARTICLE: The Waning Pulse of Islamic Radicalization in America

If there’s a terrorist attack, you can bet that you’ll hear about it, whether from a newsfeed, internet, television or radio program, or a newspaper.  And if a Muslim is behind it, then media coverage will certainly delve deeper into the perpetrator’s religious identity and motives.  But, you might have noticed that recently there has been scant headline drama about “homegrown Islamic terrorism.”  Lately, Pundits on tv news shows haven’t exactly been ranting about Muslim terrorists lurking in our backyards.

Perhaps because terrorist attacks by Muslim-Americans has been steadily declining over the past few years.

New studies reveal that domestic or “homegrown” terrorism incidents by Muslim-Americans have dropped for the third straight year.  This assessment is echoed in the findings of another recent report on Muslim radicalization in American prisons, which asserts that violent extremism emanating from prison is relatively rare.  Altogether, the data suggest that the pulse of radicalization in the United States is weakening.

Reports from the Triangle Center on Terrorism and Homeland Security and the Congressional Research Service (CRS) indicate that homegrown terrorism is declining after a brief spike in 2009.

Although these reports confirm a decline, each uses different metrics to arrive at this conclusion.  Whereas the former’s methodology uses the number of individuals “indicted for violent terrorist plots” (totaling 209 since 9/11), the latter bases its findings on the number of plots over the same time period (totaling 63).  Both sets of data suggest a shift from crime organizations to individual actors behind the plots. Moreover, they indicate the relatively low number of deaths due to religious extremism.  According to the Triangle Center, “Since 9/11, Muslim-American terrorism has claimed 33 lives in the United States, out of more than 180,000 murders committed in the United States during this period.”

While these findings may help to reframe the narrative about Islam in America, the idea that prisons are havens for terrorist recruitment continues to lurk.  Despite the hard facts, some people remain steadfast in their belief that Muslim-Americans are not to be trusted.  Since 9/11, there have been three congressional hearings on prisoner radicalization as well as countless warnings of the growing danger of Muslim prisoners.  In a Fox News interview, Representative Peter King illustrated the point, embellishing the danger with a foreign twist:  “The only group in prison which is tied to overseas terrorists which is part of an existential threat to the United States are radical Islamist Muslims.”  Guided by the perception that prisons are “fertile soil” or “breeding grounds” for terror recruitment, the three hearings have presented little in the way of accurate data on the subject. 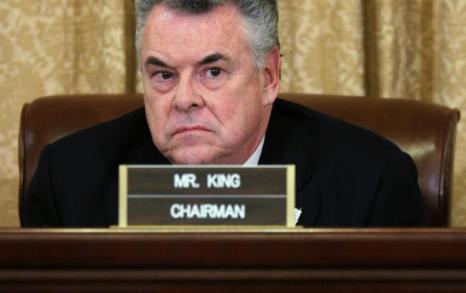 What about Jails & Prisons?

A section of the CRS report, titled “Jailhouse Jihadism,” notes tensions between alarmist warnings about Islam in prison and the fact that violent extremism is quite rare.  It shows that in the post-9/11 era, there has been only one documented case of prison-based jihadism in the U.S.  This, according to the report, is partially due to prison officials’ efforts to counter “jailhouse jihad.” …

Click HERE for Full Article on The Islamic Monthly