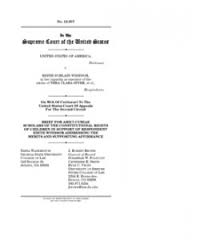 On Wednesday, December 9, for the second time, the U.S. Supreme Court heard oral arguments in Fisher v. University of Texas at Austin. The question in Fisher II is the exactly the same it was in Fisher I: does the University of Texas at Austin (UT) need to use a race-conscious admissions policy to achieve the educational benefits of diversity, in addition to Texas’s facially race neutral Top Ten Percent plan which automatically admits 80 percent of UT’s incoming class? Previously, I contended that the entire Fisher case is a fishing expedition—an unwarranted attack on race-conscious admissions by Abigail Fisher, and a fruitless effort by the Court to address matters that are insoluble, and that do not “even need[] to be resolved to decide the case.”  Observing the Fisher II oral arguments only reinforced my view.

The Justices did not provide any clarity on the meaning of “critical mass”—a prominent issue in the Fisher I arguments that is still unresolved.  There was relatively little discussion of legal concepts related to race-conscious university admissions, as both the advocates and the Justices focused largely on factual minutiae about the re-adoption and implementation of admissions plans by the University of Texas at Austin (UT).  One had to be quite familiar with the details of the case to understand the finer points raised during the oral arguments, which did not suggest any major alteration to the framework for constitutionality of race-conscious admissions laid out in the Court’s ruling in Grutter v. Bollinger (2003).

Consequently, public and media attention focused mainly on inflammatory remarks by Justice Antonin Scalia.  Justice Scalia drew upon the “mismatch” theory”—the broad and controversial contention that Black students are largely unprepared to succeed at elite universities.  Other scholars have critiqued “mismatch” theory from a variety of perspectives, and I will not engage its merits here.  My only comment is that “mismatch” is irrelevant to the constitutional debate on race-conscious admissions.  The Supreme Court is not an admissions committee: universities possess much greater expertise than courts on determining the academic qualifications of students.  In spite of Justice Scalia’s rhetoric, the Supreme Court itself has espoused this position, from Sweezy v. New Hampshire (1957) (Justice Felix Frankfurter, concurring and noting that determination of “who may be admitted to study” is one of the “four essential freedoms” of a university) to Regents of the University of California v. Bakke (1978) (Justice Lewis Powell citing Sweezy in his concurrence) to Grutter (which relied on Justices Frankfurter and Powell’s aforementioned reasoning).

Besides Justice Scalia here and Justice Clarence Thomas’s concurrence in Fisher I, no Justice has entertained “mismatch” theory, as it does not raise issues amenable to judicial review.  Courts can ascertain whether a university’s use of race is constitutional—that is the crux of Fisher and related litigation—but they should defer to a university’s judgment on whether students can succeed academically at the university.  If any discussion of “mismatch” is warranted at all, it should occur with university administrators, not with judges.

Rather than engaging these distractions further, I will sift through the nuances of theFisher II oral argument and address how the Court might rule.  Based on the oral arguments, I see five different possibilities, with different implications, for the eventual ruling in Fisher II. The first two of these—the broadest potential holdings on either side—are unlikely, but they still merit discussion. The Justices will probably not strike down race-conscious admissions policies altogether, nor are they apt to affirm the Fifth Circuit and uphold UT’s race-conscious admissions policy, which supplements the Top Ten Percent plan.  Although five current Justices are hostile to Grutter, nothing in the oral argument suggested that the Justices will now strike down the Grutter framework for race-conscious admissions.  They agreed to punt on the issue in Fisher I, because Plaintiff Abigail Fisher did not challenge Grutter itself—and UT counsel Gregory Garre, with an assist from Justice Stephen Breyer, reminded the Court that Grutter’s viability is not at issue in this case.  Chief Justice John Roberts did ask how UT would determine when it no longer needed race-conscious admissions policies—an issue that has been of concern to the Court in the Fisher litigation.

Both Mr. Garre and Solicitor General Donald Verrilli, arguing for the United States as amicus curiae in support of UT, provided a variety of criteria, ranging from demographics to student surveys of campus climate, that could provide an endpoint.  In spite of Mr. Garre’s and General Verrilli’s contentions to the contrary, it is within the realm of possibility that the Court will hold Grutter to be unworkable because of the indeterminacy of the endpoint.

However, when mentioning a time limit on race-conscious admissions policies, Chief Justice Roberts spoke only in future tense, referring to Grutter’s tenuous 25-year aspiration to end such policies.  There are still a dozen years left on that clock, and nothing else has really changed since Fisher I.  It seems unlikely then, that the Court will now suddenly decide to reverse its Grutter and Fisher I precedents.

It is also improbable that the Court will unequivocally uphold UT’s race-conscious policy and stop this perpetual fishing expedition.  Of course, Mr. Garre and General Verrilli did their best to try and convince the Justices to do so.  Mr. Garre reminded the Justices that both the district court and the Fifth Circuit (twice) upheld UT’s policy, and that the Texas legislature also found that a race-conscious policy was necessary to supplement that Top Ten Percent plan.  However, the Justices knew this when they granted Plaintiff Abigail Fisher’s cert petition, and they wanted to hear the case anyway.

General Verrilli went into even greater detail in his attempt to save UT’s race-conscious policy.  He argued that UT’s plan is actually constitutionally superior to the University of Michigan Law School plan upheld in Grutter, because it does not contain the “potentially troublesome” features that Justice Anthony Kennedy identified in his Grutter dissent.  General Verrilli noted that UT’s policy used race much more modestly than the Michigan Law School plan; that the percentages of applicants by race did not mirror the percentage accepted by race; that the numbers of minority admits fluctuated by year (thus mitigating fears of racial quotas); that UT did not wait until the end of the admissions cycle to admit most Black and Hispanic students; and that UT admissions officers did not monitor numbers of applicants throughout the process in a manner that would suggest racial quotas or a determinative role for race.

All of these fine points suggest that UT’s policy is constitutionally compatible not only with the Grutter majority, but also specifically with Justice Kennedy’s Grutter dissent.  However, Justice Kennedy has never voted to uphold a race-conscious policy that uses individual racial classifications.  If ever there is a chance he would do so, UT’s policy is it.  But that probably will not happen.

More likely, the Court will strike down UT’s race-conscious policy on narrow grounds, by a 5-3 vote (Justices Kennedy, Alito, Thomas, Scalia, and Chief Justice Roberts in the majority, with Justices Breyer, Ruth Bader Ginsburg, and Sonia Sotomayor in dissent; Justice Elena Kagan recused herself from the case, due to her former involvement when she was the U.S. Solicitor General).  From the oral argument, I saw at least two different bases for this to happen.  One path could come from Plaintiff’s counsel Bert Rein’s argument that UT’s race-conscious policy, even if viewed in isolation from the Top Ten Percent plan, does not meet the requirements of Grutter and of Justice Lewis Powell’s concurrence in Bakke (which became the basis for Grutter).  In one of the few novel legal arguments raised on Wednesday, Mr. Rein made a very nuanced distinction between UT’s admissions policy and the prior race-conscious plans that the Court has endorsed.

While the Grutter and Bakke plans considered race holistically as part of an applicant’s entire profile, UT’s policy considers race only as part of a Personal Achievement Index (PAI)—which includes various non-academic factors, including hardships faced by the applicant, and scores on essays.  This PAI is later merged with the applicant’s academic qualifications: class rank and standardized test scores captured through an Academic Index (AI).  Mr. Rein argued essentially that UT’s policy is “not truly holistic” because race is not considered alongside the academic qualifications and the entirety of the applicant’s profile.  This is a rather trivial distinction, especially given that lower courts focused not on whether UT’s policy was Grutter-like in nature (all parties seemed to agree that it was), but rather on whether UT needed to use a Grutter-like plan to attain sufficient benefits of diversity.  Nevertheless, this ruling would give the Court a route to both rule against UT and provide guidance on the requirements for a constitutional, holistic race-conscious admissions policy.

The other possibility here is that the Court rules that UT did not meet the burden of strict scrutiny because it did not adequately demonstrate that it needs to use a race-conscious policy, in addition to the Top Ten Percent plan, to attain the educational benefits of diversity.  If it strikes down UT’s policy narrowly, the Court’s ruling itself will only have a direct and immediate impact on UT, not on all other universities.  Nevertheless, advocates would interpret the ruling in different ways, inviting more litigation against other universities for their use of race-conscious admissions policies.  Such lawsuits have already been filed against Harvard University and the University of North Carolina.  Universities may also pre-emptively curb or eliminate their race-conscious policies to avoid litigation. All of this would occur without any significant alteration of the basic Grutter framework.

However, the Court also appears to be grappling with remand of the case to the district court.  This final possibility is the most surprising: essentially, the Court could once again vacate the Fifth Circuit’s ruling that UT’s race-conscious policy met strict scrutiny and send the case back to the district court for further fact-finding.  UT could then gather and present more evidence to defend the constitutionality of its policy.  Questions by Justice Anthony Kennedy, whose vote will be outcome determinative here, and by Justice Samuel Alito, focused on specific facts about UT’s admissions plan and whether its features these met the requirements of Grutter and Fisher I.  Many of the answers to these questions were not in the factual record of the case, but these answers might be discerned if UT could introduce more evidence about its admissions policy.

Justice Alito was most concerned about whether minority students admitted via the Top Ten Percent plan alone bring all the benefits of diversity and other qualities sought by UT.  He accused UT of racial stereotyping, via assumptions about the backgrounds of Top Ten Percent admits.  Justice Alito also asked Mr. Garre for specific evidence that students admitted via the race-conscious policy make unique contributions to diversity.  Justice Kennedy asked both Mr. Garre and Mr. Rein about the utility of remanding the case back to the district court for more fact-finding.  Mr. Rein vehemently argued that UT knew the strict scrutiny standard beforehand, and that the University had ample opportunity to gather and present sufficient evidence to prove its need to use race.  And remanding the case without a clearly articulated standard for demonstrating such need seems like another futile endeavor.

Nevertheless, Justice Kennedy still seemed to wonder if more facts about both Top Ten Percent and non-Top Ten Percent admits may elucidate whether use of race was necessary.  He might reach a compromise with some of the other Justices, similar to the ruling in Fisher I, and agree to punt the case again—this time all the way back to the district court.  While I had not previously considered remand to the district court as a serious prospect, Justices Kennedy and Alito’s questions suggest that it could happen. The open question that comes out of the Fisher II oral arguments now is whether there will now be a Fisher III—not only extending the fishing expedition, but doing so in the same sea.